Estimating mistakes can cost contractors thousands, if not hundreds of thousands of dollars, before the project has even begun. Sometimes, it’s the accuracy of an estimate that will make or break a contractor’s profit.

A costly calculation error in Excel

While working on a large multi-family project, the preconstruction department was using an incredibly complicated Excel spreadsheet to calculate saving options and provide estimations for the owner.

One evening, they received a call from the owner who was ready to finalize the deal, so they opened the spreadsheet, calculated the number, and the owner signed off on it. When the owner sent the contract over the next day, the preconstruction team realized something was off. Comparing the spreadsheet on two computers, they saw that the estimation was $200,000 lower on the computer they used to provide a final quote to the owner. The reason? It was simply because the iterative calculation option wasn’t turned on in Excel.

That’s how a simple calculation error during a late-night negotiation turned into a $200,000 error that was too late to fix.

After deciding to stick with the number and move forward with the project, the preconstruction team was determined to make sure that a mistake like this would never happen again. They realized they needed to take a close look at their decision-making and estimation process, and began to investigate solutions.

“We've got to hold architects, trade partners, and ourselves accountable for making sure that we're helping make the decisions throughout precon. Because no one makes any money in preconstruction—it is all about signing that contract. We’ve got to be able to control that estimation process and do it more iteratively.” – J.D. King, Regional Preconstiction Director, LEMOINE 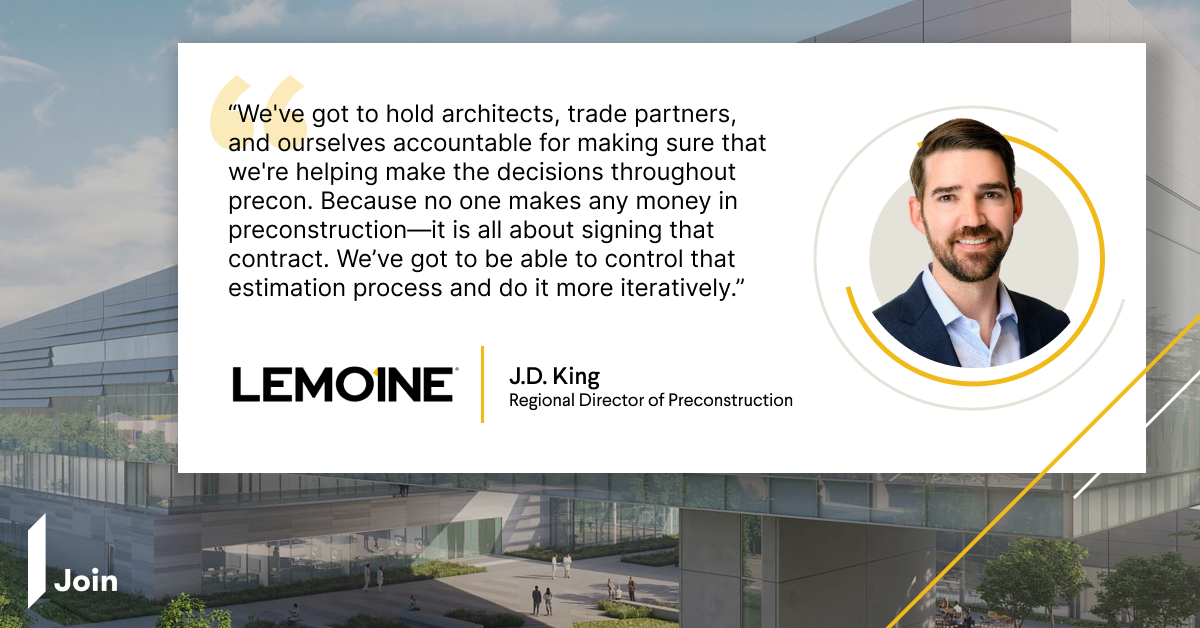 The preconstruction team decided to implement Join to facilitate a more collaborative decision-making process and prevent local errors or inconsistencies in Excel. Switching from Excel to Join eliminated the need for data entry in Excel, and made their preconstruction process much more efficient. Join displays estimate information both graphically and numerically to give all stakeholders easy access.

They also found that Join empowered younger estimators to get more involved in the preconstruction process, updating items and getting numbers from trade partners. Architects and owners also have easier access to cost data in Join, especially at key decision-making milestones. With Join, it's harder to make a mistake, and there's greater involvement from stakeholders which results in a better product overall.

One of the biggest changes the team noticed after implementing Join was improved confidence from owners.

With all the decisions and work tracked in Join in a way that’s easy to understand, owners can look behind the scenes into the process the team has gone through to arrive at an estimate. They know that there has been no stone left unturned, and have the confidence of knowing that the preconstruction team, their architect, their engineers, their contractor, have done everything they can to make a path to come in on budget.

“Our old Excel files didn’t give our owners confidence – if anything they probably thought we were hiding more from them,” J.D. recalled. “With Join, you don’t need a master’s degree in Excel to understand how they work or what they’re trying to say.” 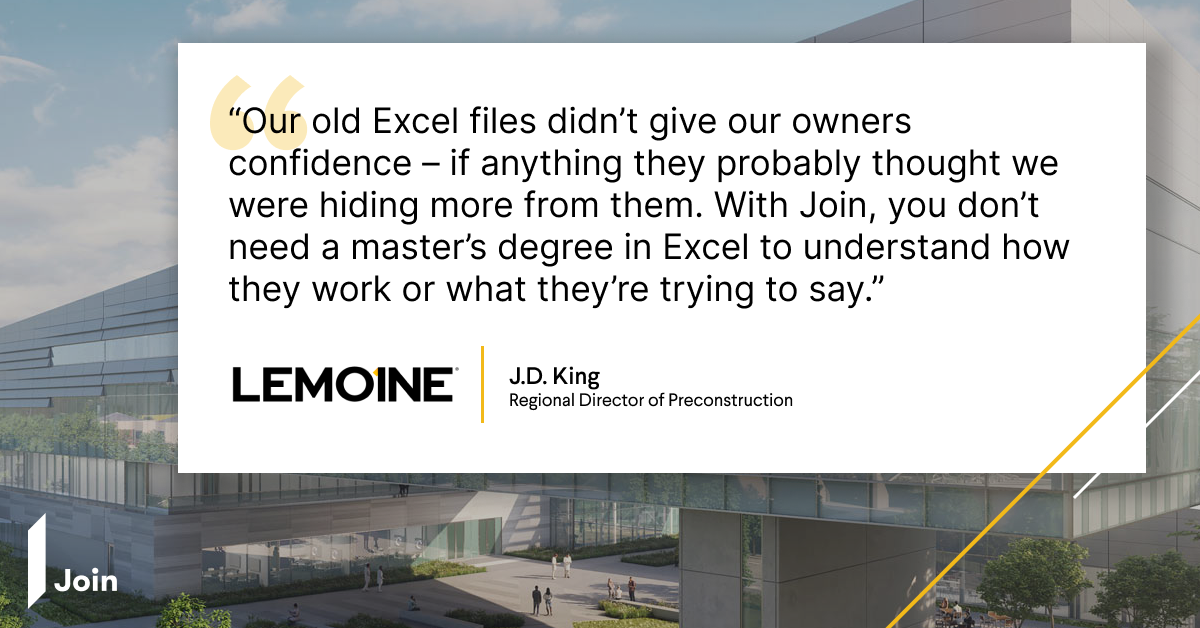 With the price of materials dramatically fluctuating and reaching historical highs, escalation is a major challenge contractors have to contend with. In a market like this, being able to make decisions fast is not only a competitive advantage, but essential to keep projects on track.

“This past year we have not been able to value engineer fast enough to overcome escalation. Our conversations with our clients have changed with a more pressing need for decision-making. Any time that you delay, the cost is just going to go up with escalation, and we can't guarantee pricing out past a certain time. Either you spend some money or we cut scope, because in a month from now, any work that we've done is going to be evaporated by escalation.”

Join has helped the LEMOINE preconstruction team speed up decision-making with owners by giving owners a path to their budget no matter what. When reaching big project milestones where the owner must decide whether to “move forward” or “pause,” the preconstruction team members use Join as a powerful ally to deliver budget updates. The team is able to prove their worth, provide an accurate picture of the numbers, and gain the owner’s trust. Ultimately, this trust makes it possible for owners to move forward with confidence.

By implementing Join, the contractor achieved their initial goal of making sure a costly calculation error would never happen again. They also saw some dramatic improvements to their overall preconstruction process:

✅ Improved transparency with owners, providing the information they need when they need it.

✅ Faster decision-making has saved valuable time and given the team a critical competitive advantage when working with long lead times.

✅ Gaining confidence and trust from owners.

“Join is ingrained in our delivery method. It is a part of who we are, and if you were to take that away, you would be cutting what we do as a company now. We really value being able to deliver information to an owner in such a clear and succinct way.”

If you’re curious to learn about this contractor’s experience in more detail, you can read the full case study here. And why not see for yourself what kind of results your firm can achieve by implementing Join? Reach out to our preconstruction experts to schedule a demo today! 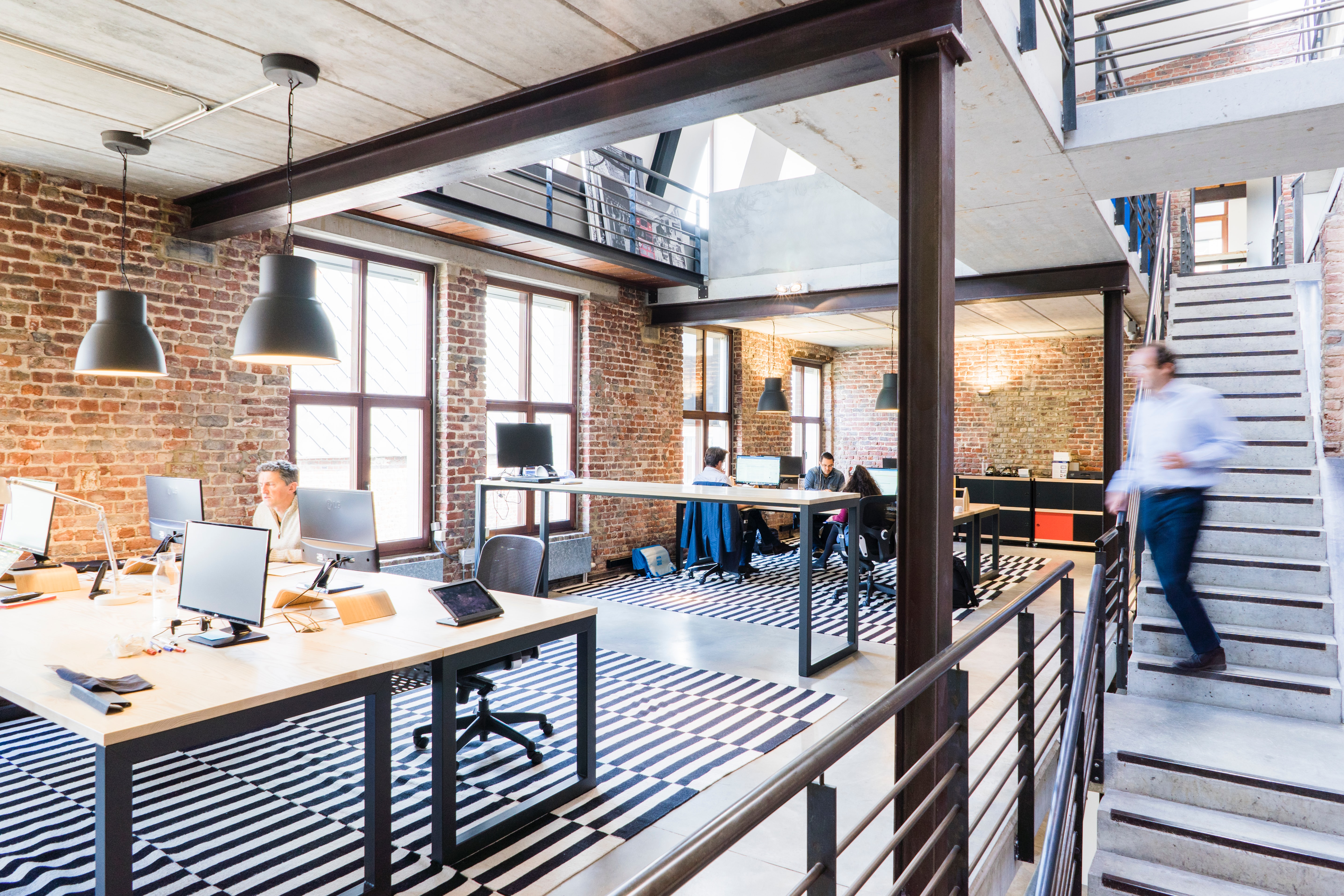 Construction managers use preconstruction bid management software to improve the efficiency of... 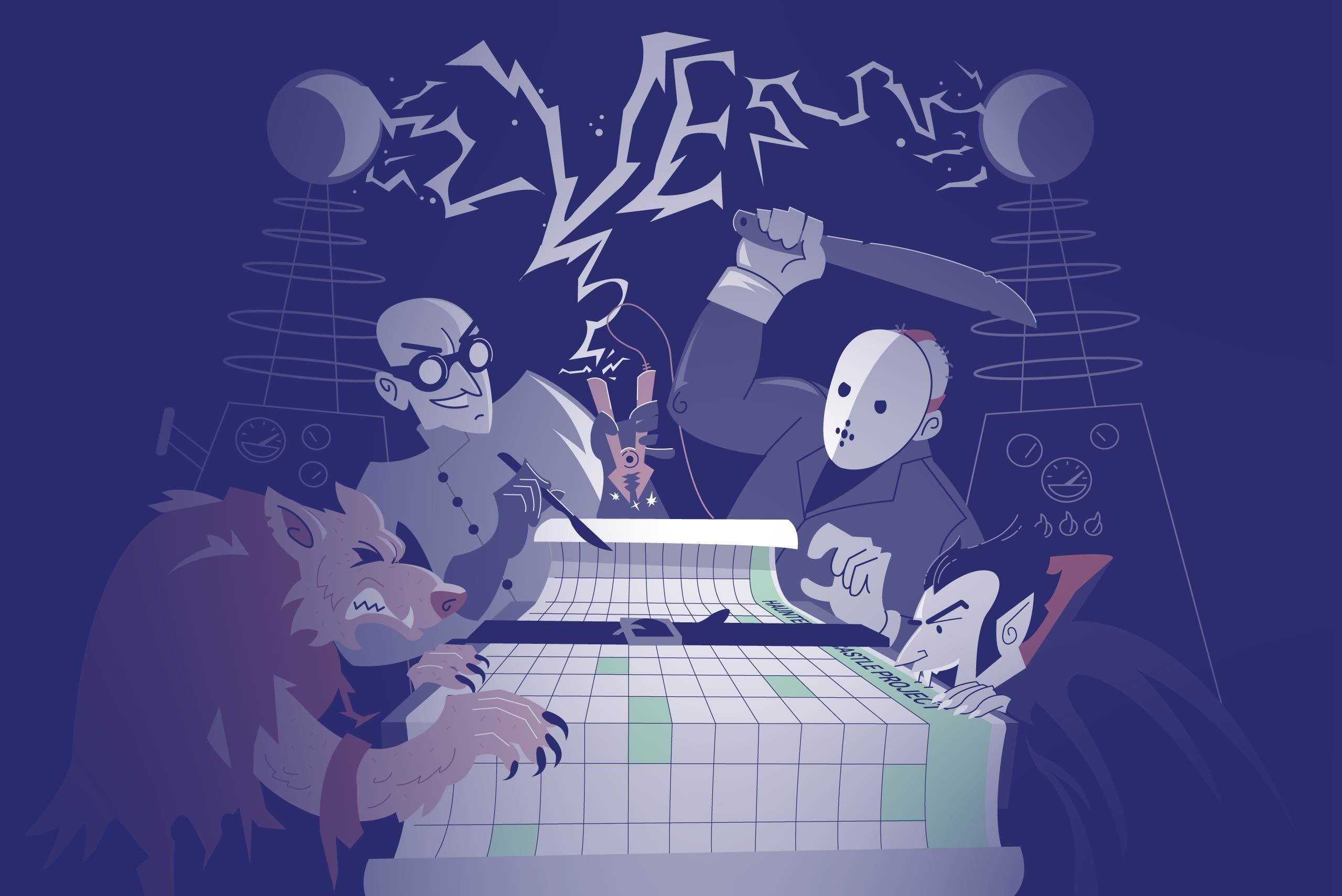 What is Value Engineering?   Before we get into the gore and horror that we all know value...